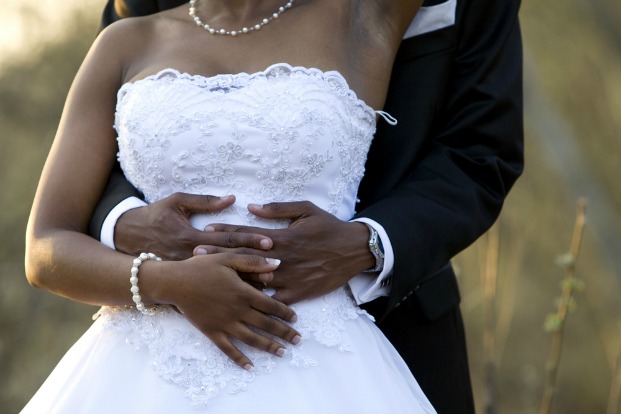 I was excited this time last year to go home and find engagement announcements and wedding invitations in the mail. This year I had the privilege of attending 4 cultural weddings, that by the way were amazing, that confirmed my excitement even more. Previously, I was a little nervous that marriages among heterosexual black couples were being phased out. I began to notice a pattern of friends, families and associates that are in 5, 7 and 11 year relationships as just ‘boyfriend and girlfriend’.  I am not in the position to judge anyone for what they do behind their four walls so I am not casting judgment….but I would like to see those relationships turn into marriage.

I will be the first to proclaim that marriage is just a legal piece of paper. The commitment, love, actions, and promises are the qualities that carry the marriage and those things start within the relationship. But marriage is a blueprint in the African American community for our children and our children’s children.

Marriage dates back to the times of Adam and Eve or maybe even beyond but the times that come to my mind the most was during slavery. Africans/African Americans had to sneak to become one with a ceremonial union (jumping the broom). Back then marriage was taken seriously and valued. Not to say that it has lost value, but my generation does not seem to care about marriage.

The media has a way of downplaying marriage as well. While labeling women as THOTS and chicks and men as thirsty and weak, all of the dishonesty and communication issues…….whew I would have to think twice too. Mostly every little girl wants to grow up and be a bride one day, even if there is no working example within her family. Not quite sure if young males even think that way or even care about marriage, but I have heard a lot of men say that they didn’t know what was required or what a true marriage was. Thus showing that it was not something they were exposed to or talked about growing up.

I know I grew up on shows like Fresh Prince and the Cosby show and for some African American families that was the most they knew about marriage. I had a lot of friends who did not have married parents but they are now grown with successful marriages. Whatever the case may be I encourage for anyone that is in a serious/ long-term relationship to at least for the sake of a model for the generations to come……proudly jump that broom.

One thought on “Black Marriage is Fighting Extinction!”